Pages in the Exhibit 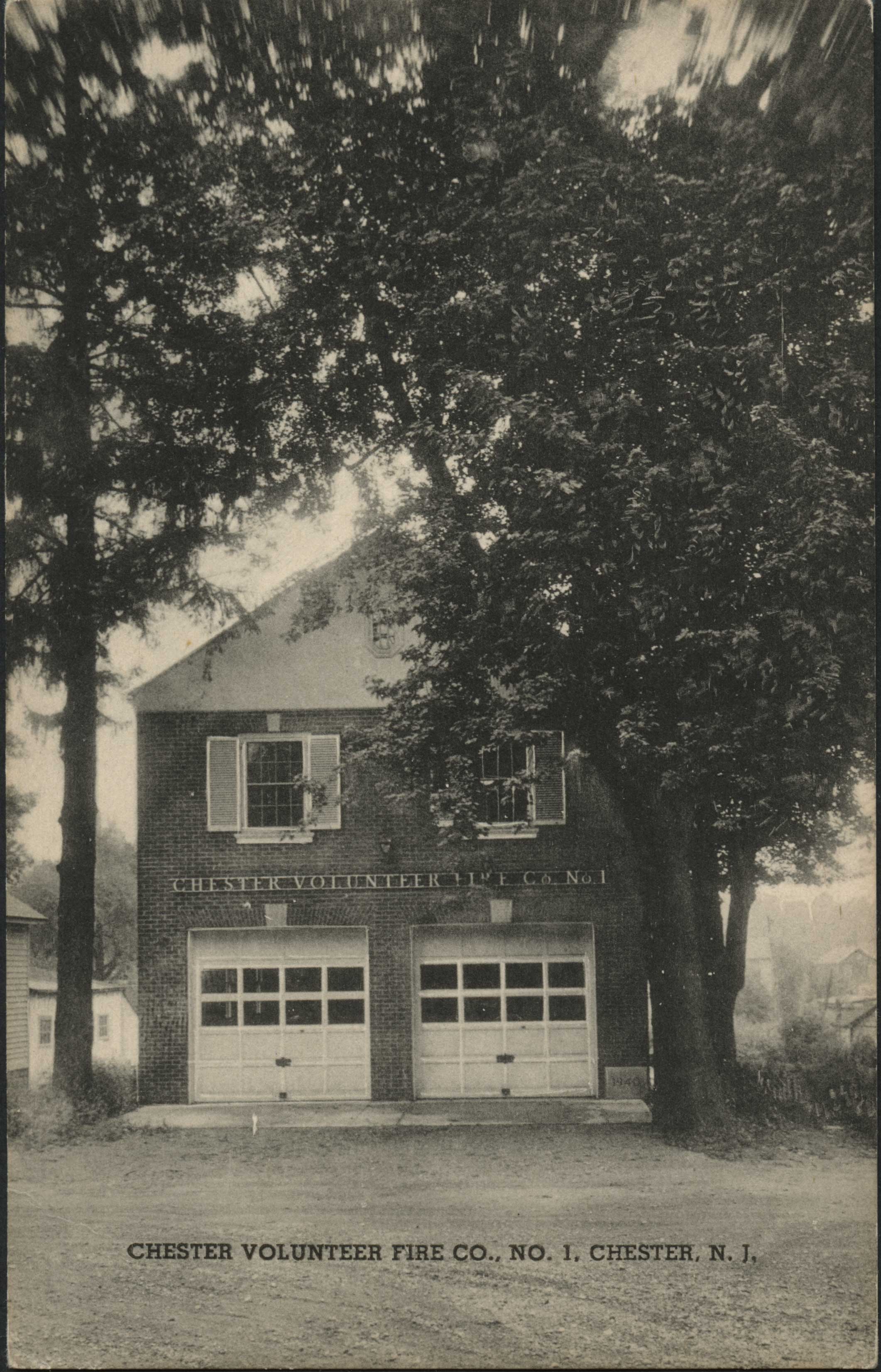 In the video above, Herman Rademacher talks about the early days of and his experience with the Chester Volunteer Fire Company. He mentions that his father, Herman Rademacher, Sr., and Charles Rogallsky created the lettering seen above the main doors. They would form the letters out of lead in Rademacher, Sr.’s garage, and later mount them on the building’s exterior in the 1940s.

In 1944, Rademacher, Sr., was Fire Chief in Chester. At that time, he surveyed (via postcard) the other Fire Company members to see if they would be interested in creating a First Aid Squad. William Tredway donated a woodie station wagon, which was customized to become the ambulance. As a young boy, Herman took the first ride in the back of the ambulance at the request of his father. “It was mighty hard,” says Herman.

The image below the video shows the postcard of the Chester Fire House after Herman’s father and Charles Rogallsky had mounted the lead letters on the front of the brick building, over the truck garage doors. The building is two stories tall, with a pitched roof and window above each of the doors. The doors also have windows across the top half. The front of the building is flanked by tall, leafy trees.

All requests to reproduce, publish, quote from, or otherwise use collection materials must be submitted in writing to the Local History Librarian, Chester Public Library, 250 W. Main Street, Chester, NJ 07930.